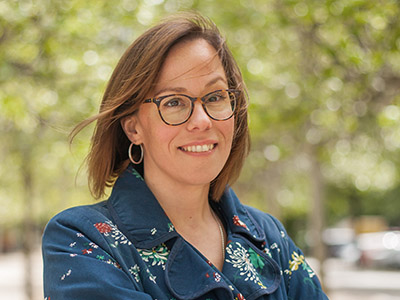 After completing a degree in English and Spanish philology at FU Berlin and the University of Melbourne, Marieke started a traineeship in TV journalism in Berlin and later worked in a number of positions as editor-in-chief for TV and Web TV channels.

From online love to social love: A number of years ago, Marieke started to focus on social media and subsequently worked as a social media manager for Deutsche Welle, Germany’s public international broadcaster. Since February 2019, she has been in charge of the Berlin Producers‘ social media pages (Instagram, Facebook and LinkedIn) and their public relations communication.