The Apennines are the backbone and soul of Italy in equal measure. These high and low mountain ranges traverse the Italian mainland, alternating from north to south. The many historical sites along the way help define the country as a whole, as does the wild and impassable nature. There are many national parks, home to rare species such as the bee-eating red-backed shrike or the nearly 500 Marsican brown bears. The Italian shepherding tradition has left a strong mark on the cultural landscape of the Apennines. Ancient traditions, picturesque places and living history can all still be found here. Locals call the Apennine Mountains “L ‘Italia minore” – Little Italy. 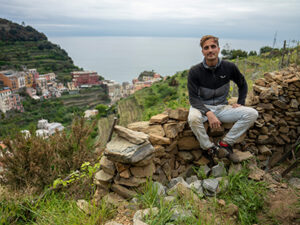 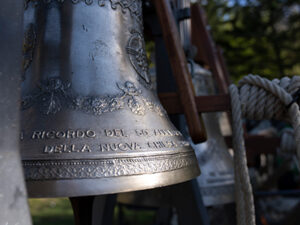 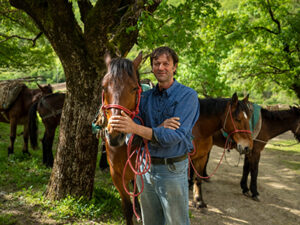 If you want to understand Italy and its culture, you don’t have to go to Rome or Milan. A journey through the serpentine roads of the northern Apennines is enough to understand where the true heart of Italy beats: right here – in the green forests, the abandoned villages and the rolling hills.

The Apennine mountain range stretches from Liguria across the Italian boot to Calabria at the tip of the boot. Yet the mountain region between the cultural cities of Bologna and Florence is known to only a few.

20-year-old Andrea Barrani dreams of producing his own wine right here – on the steep slopes of the Cinque Terre.

Shepherdess Cinzia Angiolini has also found happiness in the Apennines: she breeds the local Zerasca breed of sheep. Old traditions are preserved in the Apennines because there are people who maintain them – like the bell ringers of Monghidoro.

Young Federico Mezzini still struggles with the 400 kg bells, but he is confident that he will soon be able to play a concert.

Laura Sbaccheri has spent her whole life doing without her dream: She always wanted to ride a motorbike. A stroke of fate prevented her from doing so. Now, in her late 30s, she has finally fulfilled her dream: She rides on the Mugello racetrack at 250km/h and enjoys the thrill.

The Apennines are considered the backbone of Italy – a world of its own with much to discover.

The second part of our series is dedicated to the Southern Apennines. The journey begins on the Gran Sasso, at the almost 3,000-metre Corno Grande – the highest point of all the ranges. The landscapes of Campo Imperatore have been shaped by sheep breeding for centuries. Here, Pastore Abruzzese shepherd dogs protect the sheep from attacks by wolves.

Further south, brown bears emerge from the wooded heights to roam the village of Villalago. The people of this picturesque community have become accustomed to the visits from the Marsican bears. Researchers are studying these endangered animals and working to preserving the population.

Further south in the town of Melfi in Basilicata, falconers maintain the tradition of breeding birds of prey, practised here since the High Middle Ages. Stauferkönig Friedrich II. Friedrich II, Emperor of the Roman-German Empire in the 13th century, was an enthusiastic falconer and wrote a still important book ‘On the Art of Hunting with Birds’.

In the southernmost tip of the toe of Italy, the Apennines surprises with sequoia trees and deep green forests, contradicting assumptions that Calabria is only hot and dusty.

Here, after 1500 kilometres, the journey through the Southern Apennines comes to an end. 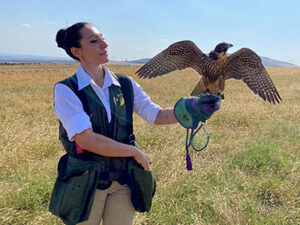 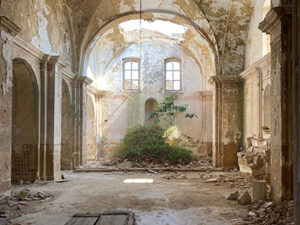 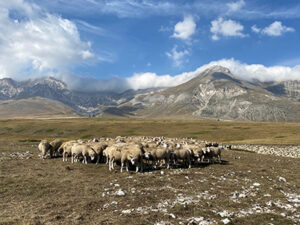