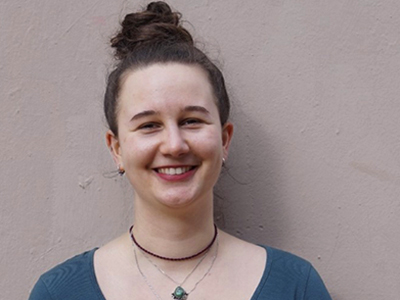 For Krissi Kowsky, there’s no such thing as too much content covering rap, social justice, and environmental protection. She likes controversial topics, constructive discussions and people who stand up for their ideals. As a reporter, she dives into the middle of the action and builds up the big picture from multiple perspectives. She accompanies activists, talks to the police,  talks to the government and interviews civilians. Two questions always hover in the air: What kind of world do we live in? And how can we improve it?

While she was studying journalism in Magdeburg, with a focus on “Politics and Society”, she conceived and presented TV programmes. Next, she immersed herself in Brussels’ EU politics for six months. Along the way, she interviewed musicians for the online magazine rap.de and produced her own video reports. Her motto is: I’m in!

2021
Forest occupation against A49: Climate protest in the Dannenröder forest | Reportage
YouTube