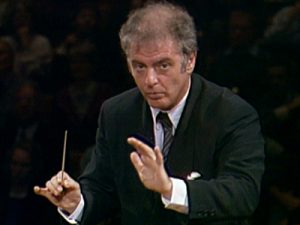 This series is dedicated to stellar musical events that gripped the whole world and remained unforgettable until today – with touching interviews of today’s artists, celebrities and eyewitnesses. The Berlin Philharmonic’s legendary Berlin Wall Concert under the baton of Daniel Barenboim in November 1989. To get in, East German citizens just had to show their identity cards. Queuing started outside the Philharmonie at five in the morning, many spent the night on the parking lot in their Trabi cars. Interviews e.g. with Daniel Barenboim, Walter Momper