The Carnival of the Animals – The Story of a Score

Nominated for the Rose d’Or-Award 2021, in the Category„Arts“, as well as the Golden Prague Awards 2021 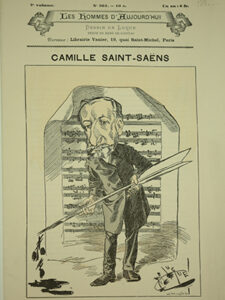 The “Carnival of the Animals” is his best known work. Camille Saint-Saëns never wanted to publish it during his lifetime. On the 100th anniversary of the composer’s death in December 2021, the music piece itself tells us how the dwindling act of birth occurred in the composer’s mind. It is the notes that tell us of its suffering and of its triumph on the great stages of the musical world.

According to the will of its creator, Camille Saint-Saëns’ “Carnival of the Animals” was to be performed only once, in March 1886, on Shrove Tuesday. And now this piece has stolen the show from Camille Saint-Saëns’ other works for a hundred years. Directors have brought Saint-Saëns’ music to Hollywood. At the Cannes International Film Festival, “The Aquarium” is the signature tune.

The film shows that “Carnival” is more tha 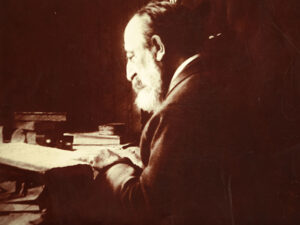 For the documentary, musical notes were elaborately animated, telling us the story from the perspective of the piece of music. The role of the narrator was taken over by German actor Sebastian Koch. An orchestra specially assembled for the film lets the music of the “Carnival of the Animals” resound.