For Denis Matsuev and Julian Rachlin, it is an affair of the heart. The two friends perform Peter Tchaikovsky’s First Piano Concerto – one of the war horses of music – together for the first time. Tchaikovsky composed the piece in Moscow. It would go on to become an integral part of Russian culture. Matsuev goes a step further: “It is the paean of Russian music.”

Lithuanian-Austrian violinist and conductor Julian Rachlin has personal roots in Russia. His father is from Chelyabinsk in the Urals and his parents studied music in St. Petersburg and Moscow: “I speak the language, and that probably resonates among the musicians”.

The young musicians that make up the Russian National Youth Symphony Orchestra (RNYSO) come from 42 different regions. “I love this orchestra. Every year across the country, our foundation searches for talented young people. And every year we discover fantastic young musicians, many of whom don’t even come from musical families. It’s magical,” says Denis Matsuev. In 2018, the pianist helped to found one of Russia’s largest youth orchestra projects.

He himself was discovered as a teenager in his hometown of Irkutsk in Siberia, whereupon he moved to Moscow to study at the renowned Tchaikovsky Conservatory. “This is Denis’ second living room.” says Rachlin with a laugh. “Perhaps he’s on this stage more often than he’s at home.” But there is no trace of overfamiliarity: the musicians are in love with the hall, which is regarded as one of the best concert venues in the world, thanks in part to its outstanding acoustics. 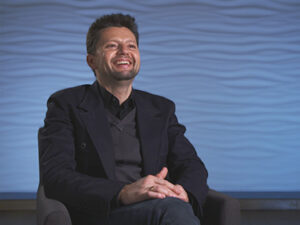 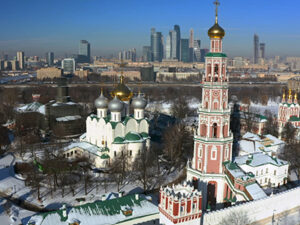 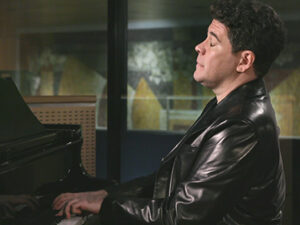 The rehearsals take place in the south of Moscow. Denis Matsuev joins the musicians the day before the concert. Their single rehearsal together is brief and intense and reveals the intimate relationship between the two artistic personalities, who have a contagious joy in making music together. Tchaikovsky’s music awakens personal memories in Matsuev – of a childhood sweetheart and of the occasion when he played the piano concerto before an audience for the first time, at just twelve years of age: “I was probably the happiest boy in the world.”

Following the rehearsal, Julian Rachlin takes us on a foray through the wintry city and to old friends – also musicians – who live in the south of Moscow. Together, they spend the evening before the concert over a dinner of culinary specialties and take a nocturnal sleigh ride.