Magic Moments of Music | The Centenary Ring in Bayreuth 1976 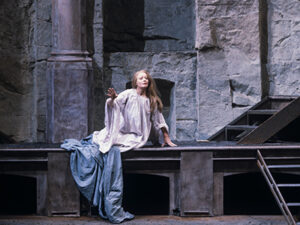 Uproar, disruption, violent dispute – this was the response to the much-anticipated centenary of the Bayreuth Festival in 1976, which was to be marked by a new production of Richard Wagner’s “The Ring of the Nibelung”. But before Pierre Boulez could step up to the conductor’s podium and the curtain could rise on Bayreuth’s Green Hill for Patrice Chéreau’s bold new production, the festival was rocked by artistic and political upheaval. The film shows excerpts from this unforgettable opera event. Contemporary witnesses look back and comment on events both on and off the boards. 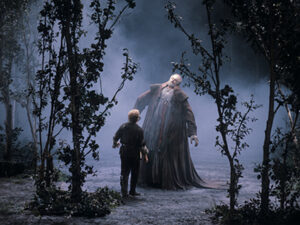 Soprano Dame Gwyneth Jones, contralto Hanna Schwarz and tenor Heinz Zednik were on stage as it unfolded; French director Vincent Huguet tells of his collaboration with Patrice Chéreau, whose assistant he would later become. The young singer Anna Prohaska, frequent Wagner singer Günther Groissböck and director Barrie Kosky have dealt at length with the Centenary Ring and talk about their impressions. The interviewees also include writer Friedrich Dieckmann, who authored one of the most important reviews of the events in Bayreuth. The film tells how one of the greatest scandals in opera went on to become one of the greatest musical moments of all.